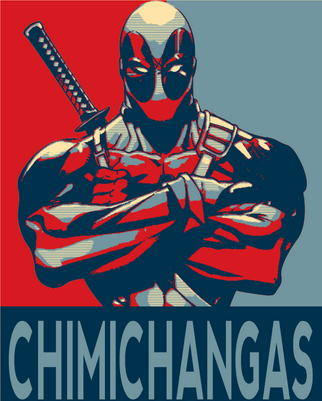 Howdy friends, today we take a look at how to improve our campaigns with PPC A/B Testing!

I hope everyone had a fulfilling Christmas and New Year, sadly I write this on the day we lost yet another cultural luminary, Alan Rickman, featured in our previous article. The impact great talents such as David Bowie and Alan Rickman have had on our shared culture cannot be summed up easily but simply, thank you both for the decades of continued inspiration, wherever you are now.

Inspiration can come from many sources, TV,  music, cinema, books, comics, video games and design. Pop culture often provides a unique lens on how modern consumers see the world and in turn how it’s marketed. Just as culture is experienced from multiple perspectives by others, so are marketing campaigns. Exploring these differing perspectives is where PPC A/B testing can save a floundering campaign or spice up a performing one by shifting how it’s perceived.

What is PPC A/B Testing?

In simple terms it’s taking 2 different versions of the same campaign and running them in the market to see which performs better.

Some companies even run a competing brand to their own to capture a market share not represented by their main brand, although this is slightly different the same philosophy applies.

In terms of an AdWords campaign it’s taking our existing set of ads and giving them everything from a subtle tweak to a drastic reframe.

In AdWords we want to be looking at the current performance of our campaigns. We check the click through rate and the cost per conversion to understand if there is something that is causing people to click on the ad but to bail on converting into a sale later.

What can we change?

An area we can look at is the competitions selling points, how can we differentiate our advertising from theirs? Does our ad accurately reflect the landing page? What are the core messages we want to focus on? What markets can we attract that our other advertising did not? With PPC A/B testing we can take very different approaches to the same advertising and see which performs the best.

Give me an example!

Let’s take a look at the upcoming Deadpool movie. As an example, ya know, just because…

“Wait I thought I was here to learn about PPC A/B testing, not about how frickin sweet this movie looks.”

Rude jokes, explosions, shooting, weird things happening, as if we didn’t have enough of that at Christmas already? Now I already know my fellow comic book fans are onboard, but what about broader appeal. Looks like fun for the whole family right? Well for the Manson Family maybe. Looks like a fun date movie right? Over-my-dead-body-Pool? Looks like a fun movie to go by myself, ha, well at least my date won’t say “I don’t want anything” at the snack bar then eat half my popcorn before the trailers finish! Let’s take a look at how Deadpool’s marketing approached this.

Aww right in the feels!

Now okay I confess this is some trollish advertising, which I would never condone under most circumstances. However within the context of this movie and the character itself, the marketing is spot on. Deadpool has always been a very self-aware meta character, breaking the fourth wall and talking directly to the audience. A bit like that other popular fictional psychopath pretending he’s president. 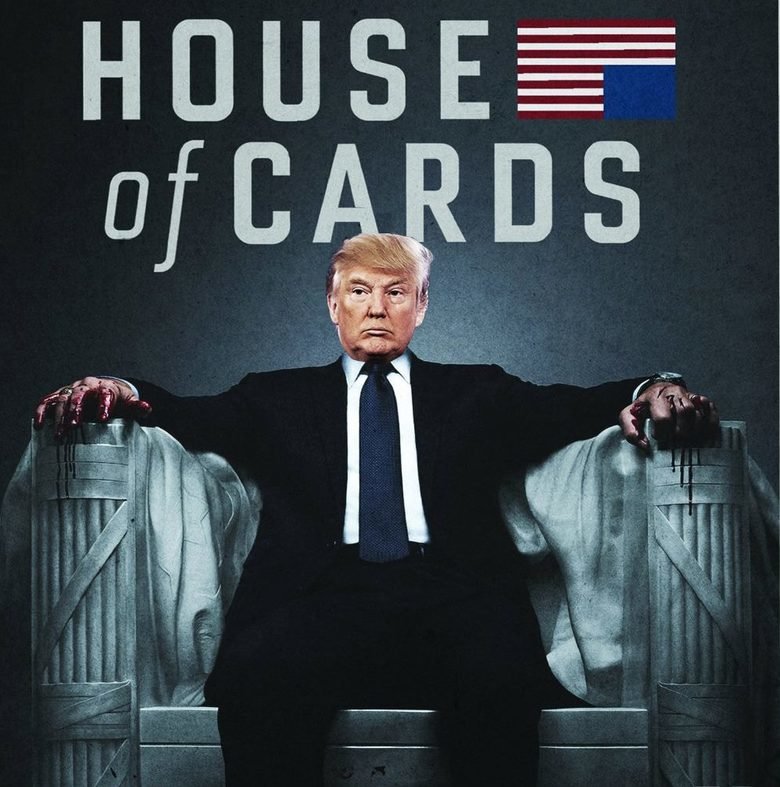 This chilling portrayal of a ruthless politician with no moral compass is just fiction, luckily for us.

Breaking down Deadpool’s marketing strategy comes down to getting broader appeal and viral awareness for an R rated comic book character. Let’s face it superhero movies are at their peak at the moment and are about as underground as Adele’s new song about getting herself on a restraining order or whatever. Long gone are the days of Simpsons Comic book guy stereotypes being the only demographic they bother catering to.

So for our A test we have the marketing which pretty much captures the main demographic you would expect.

For our B test we have something that many people (let’s not make gender assumptions here) will use to trick their significant others into seeing something very un-valentinesy and who will later hopefully accept it was all in good fun. 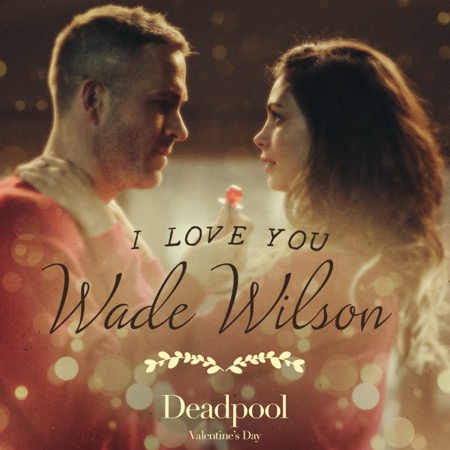 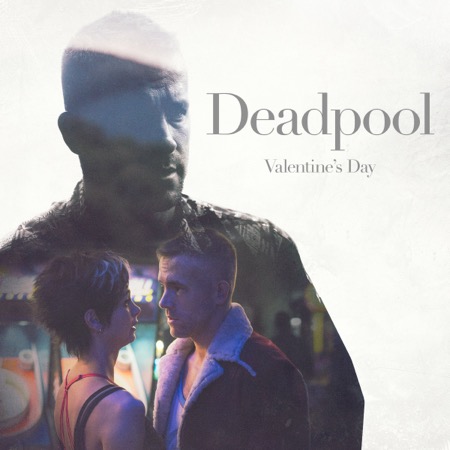 So although most of the movie going public should get the joke and enjoy it anyway, whether it succeeds or not will be borne out of how many get banished to the couch afterwards.

At the heart of PPC A/B testing there is always the risk the A out performs the B, or that the B annoys everyone so much they are happy to see A return, just look at our New Coke article to see that in action. But until testing has been allowed to run for a period of time so clear results can appear, it can seem like a leap of faith.

The clever part of Deadpool’s A/B marketing test is by being so ridiculous it transforms into viral marketing, in the sense that it will be used by people to troll others into seeing it. Misleading? Perhaps but how many times have you been told to go see something by one of your friends that they swore was good but afterwards you questioned their entire value system.  At least in this case there is awareness it’s portraying itself as something it clearly isn’t for laughs. 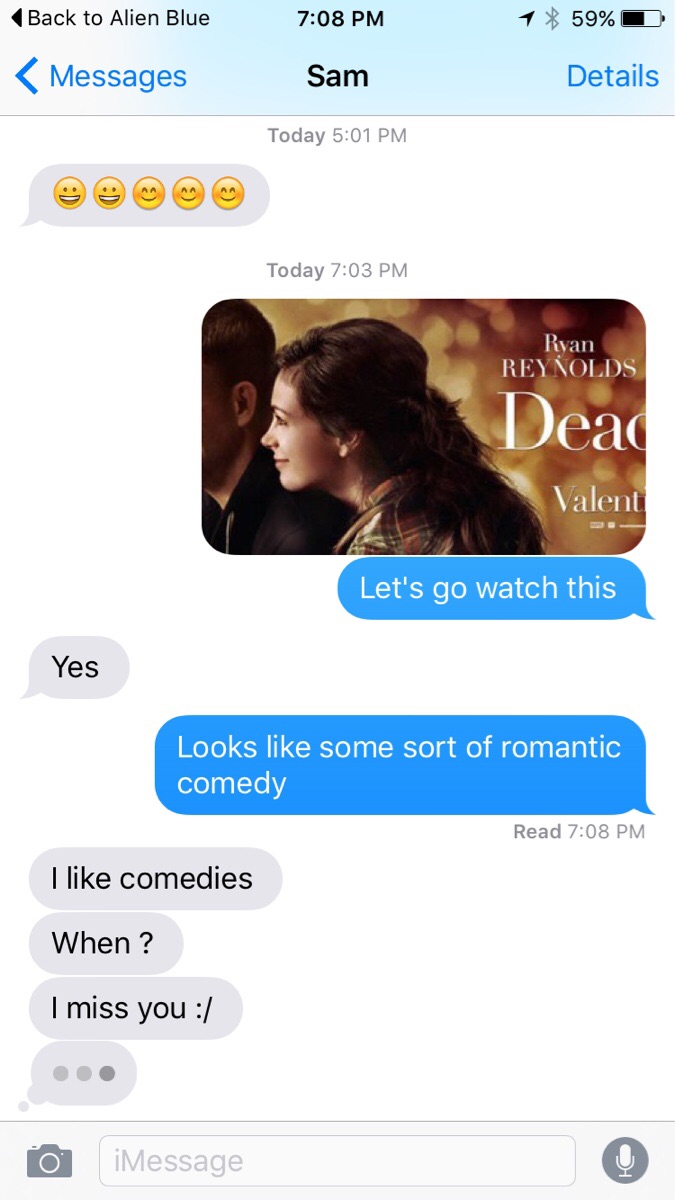 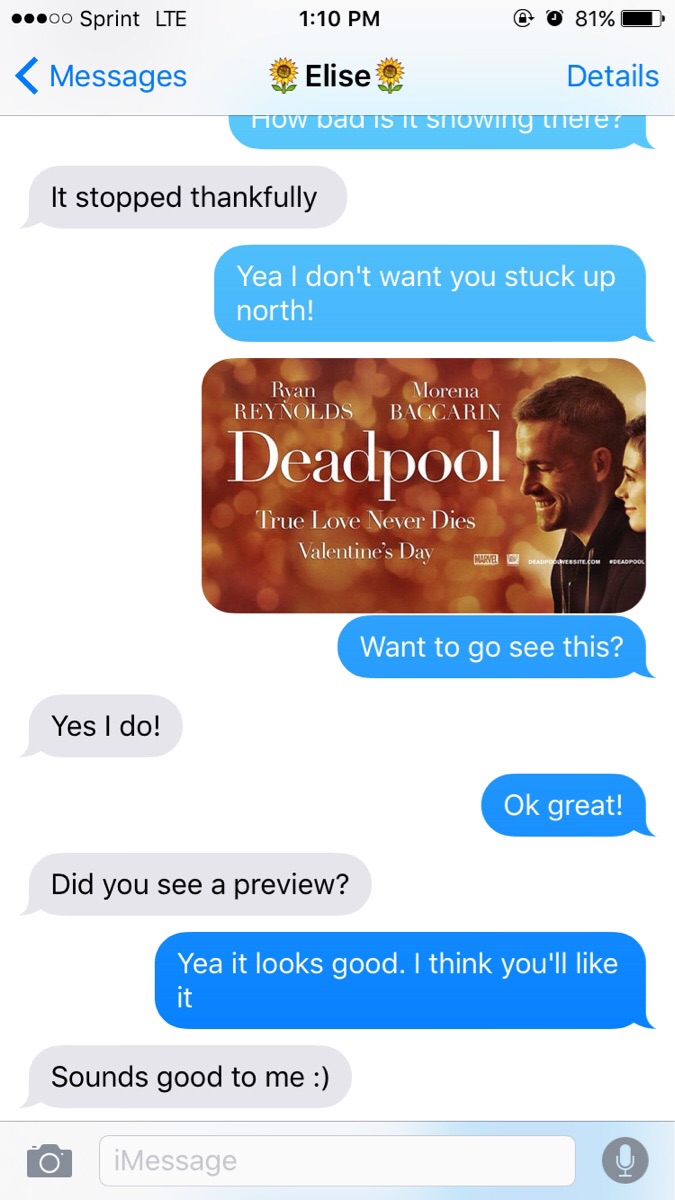 Which is the basis of every healthy relationship.

How do we know if it’s working?

Well we might have noticed in our A test that lots of people were attracted to click on our ad, that’s great it’s getting engagement, it’s half the battle. But what happens after that point? This is where the difference between an eye catching campaign and a successful one comes into play. If the audiences interaction isn’t converting into a sale at the end then something is wrong. So then this is something we focus on changing in our B test. In fact if we get less click through’s but the ones that we do get are more likely to convert into a sale, then that’s a win! We will be saving on the cost of fruitless clicks and getting more sales out of it by ensuring we targeted the ones who are likely to follow through. So don’t be worried about a drop off in click through engagement rates. It is the cost per conversion that gives a better indicator of our campaigns success.

Don’t be afraid to mix it up, it’s a great way of learning what people want from our product’s campaign or even more importantly, what they don’t want!

I do want some chimichangas now. 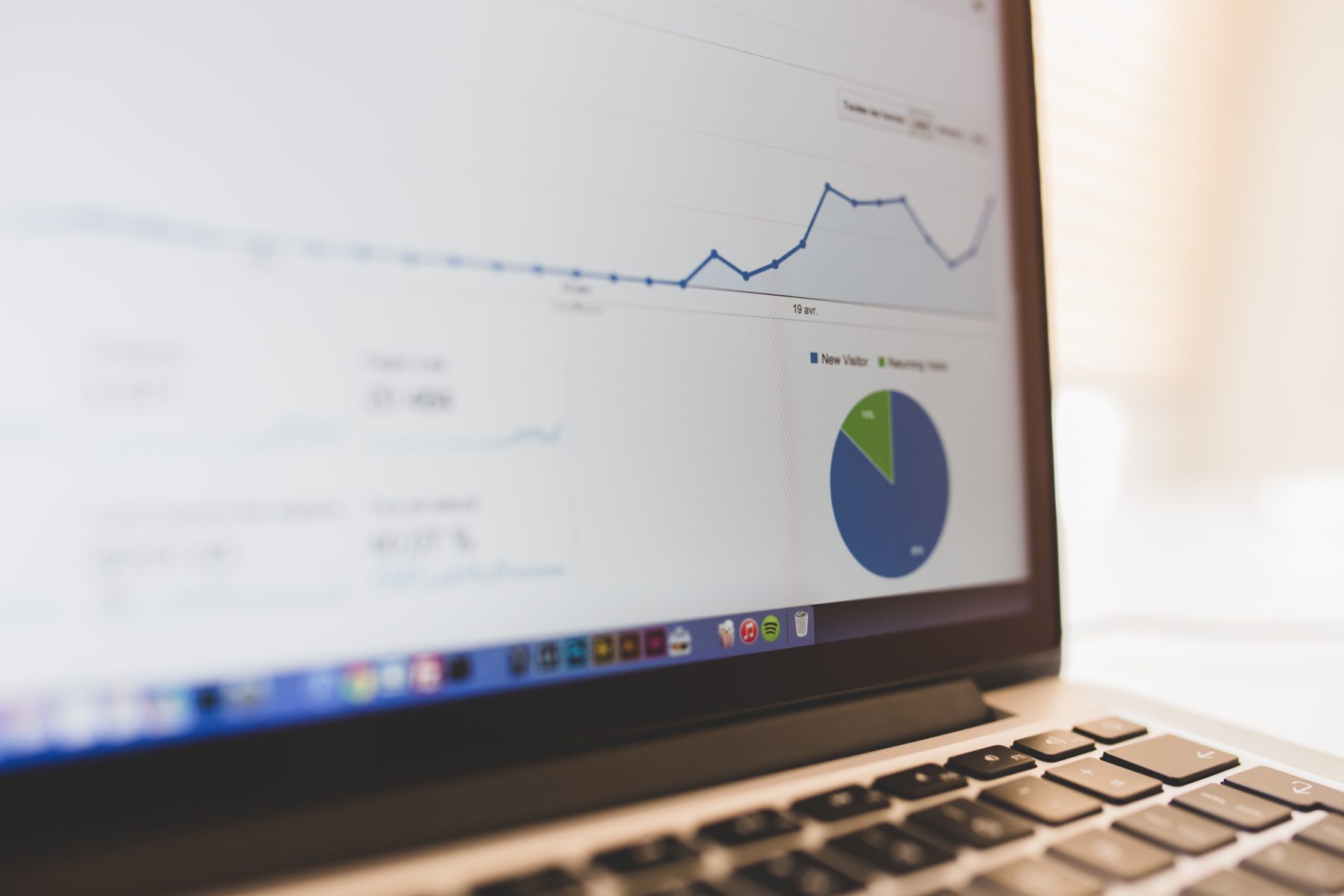 Confused By B2B PPC? Start With These Four Strategies to Make Sense of Things 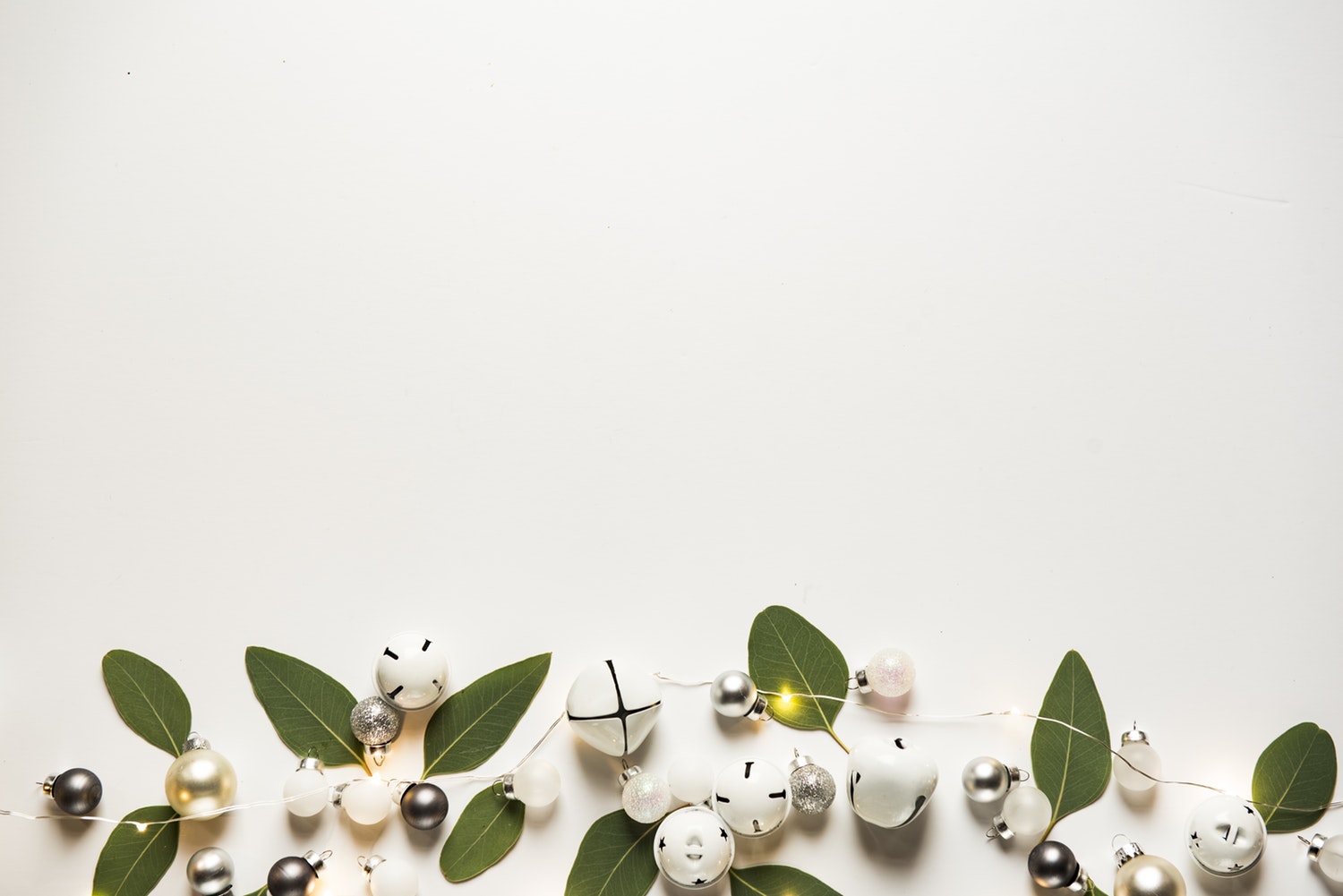